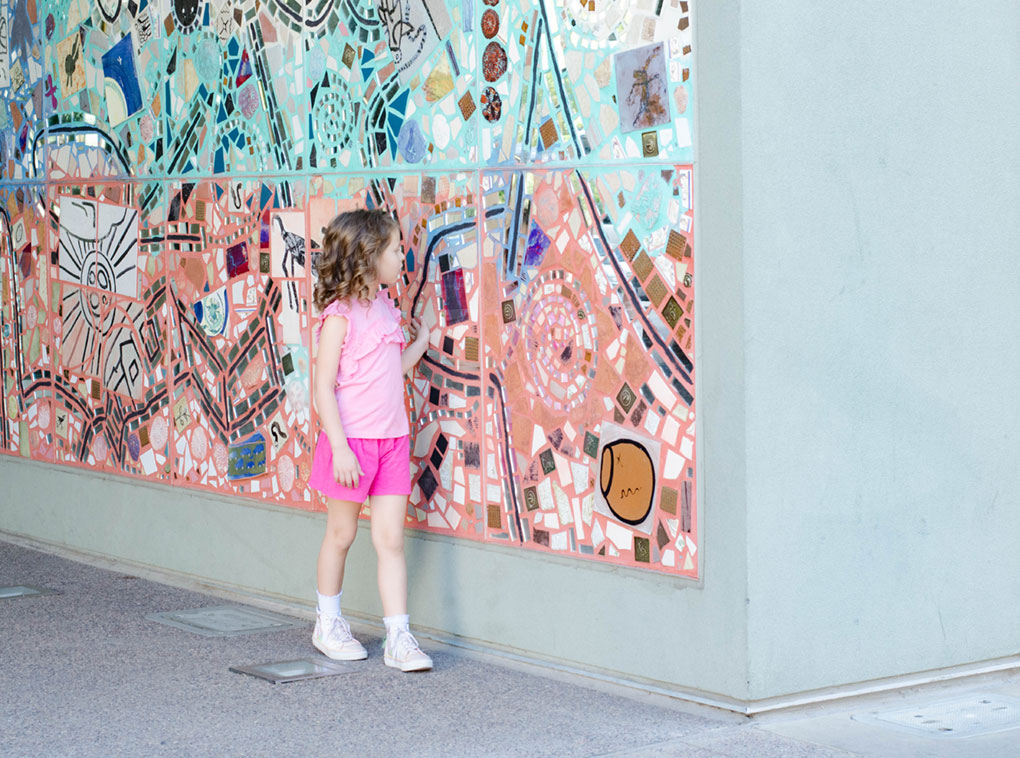 Have you heard the news? It’s hot in Phoenix. Like, airplanes can’t fly in the sky hot. Like, plastic garbage can melting, fry an egg on the sidewalk hot.

But even with extreme heat warnings, girls from all over Phoenix are still coming out to 91 West, an indoor skatepark, for Skate Rising’s service project and FREE skateboard clinic on the third Saturday of each month!

In the past two months Skate Rising Phoenix has donated 84 lbs. of food to St. Mary’s Food Bank AND 123 hygiene kits and thank you cards to homeless veterans. 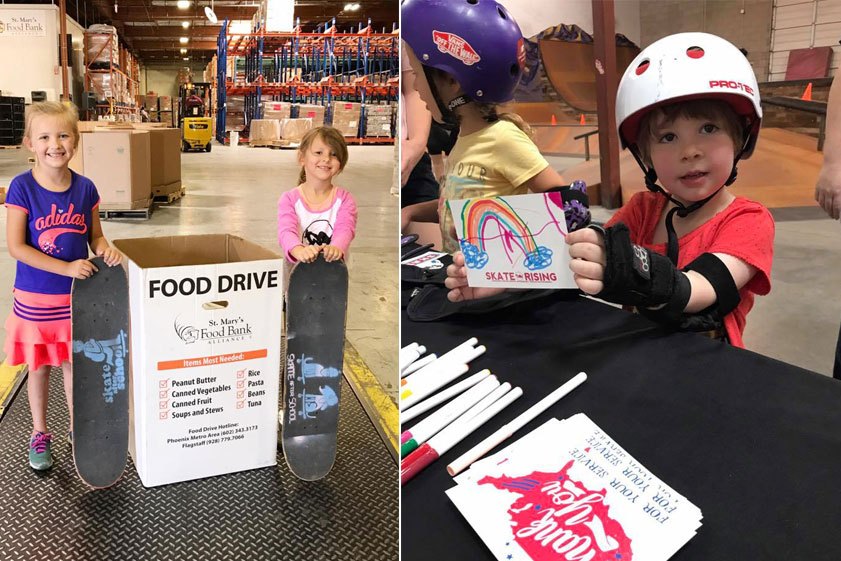 These girls may be small, but they are making a BIG difference in their community, learning valuable lessons, and they’re having fun doing it with friends. 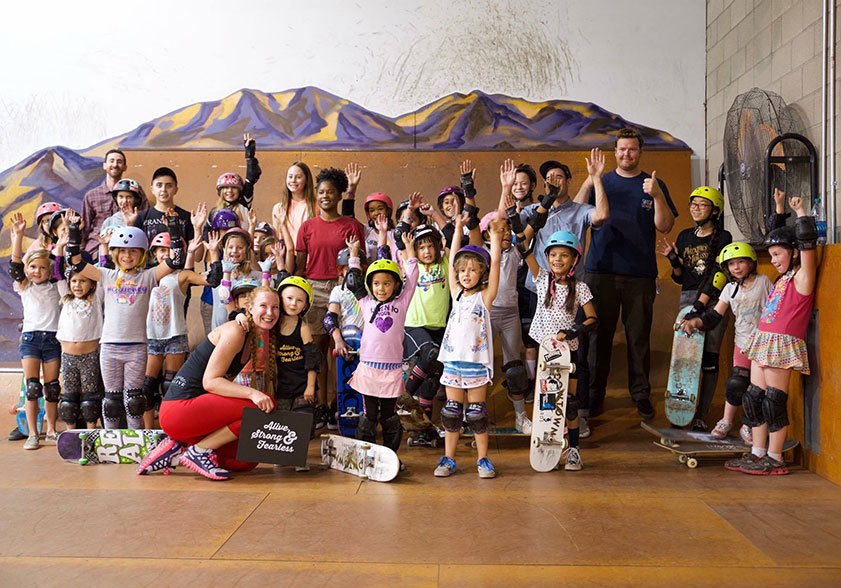 Shortly after a news segment aired on the needs of St. Mary’s Food Bank, Skate Rising announced that their May event would support them with a food drive. Thirty girls came out to skateboard with food donations in hand, making it Phoenix’s biggest event yet!

There was delicious food sponsored by Flower Child, Raffles, MyIntent Bracelet making with Ivivva, and Kelsey from Alive Fitness and Wellness talked to the girls about doing all things with intention.

After the event a few girls came together to make the delivery to the food bank. Not only was it a great experience seeing where all the food is stored, the kids had a blast standing on the giant scale they weight the donations on, taking photos popping out of boxes, and they even let us take a quick skate run down their loading dock! 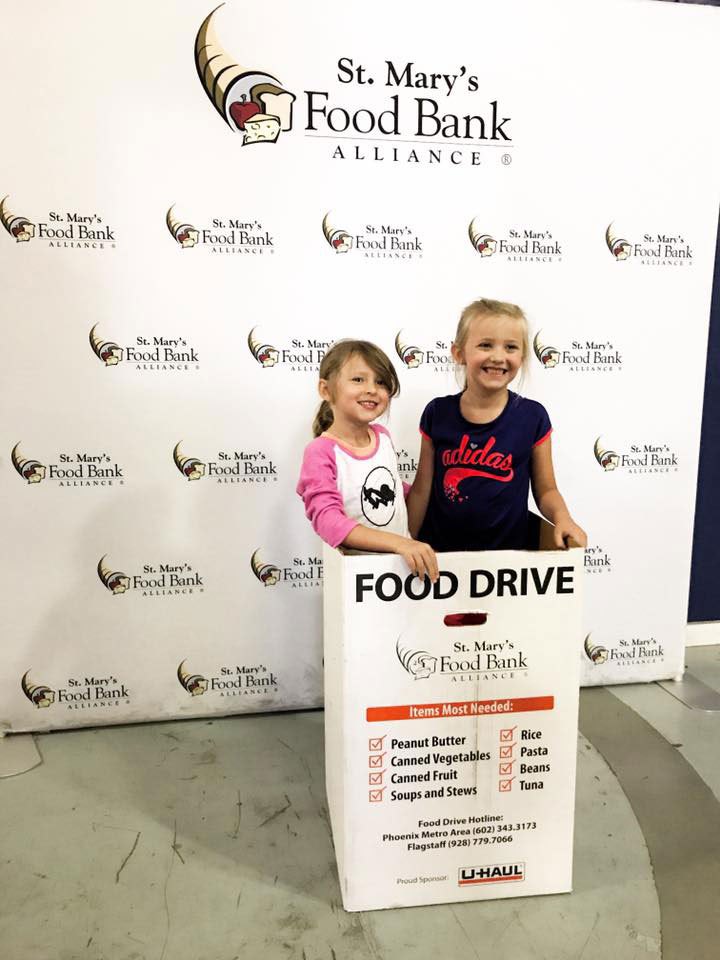 As we rolled into June the temperatures soared to nearly 122 degrees. IT WAS HOT! The hottest it’s been since I moved to Phoenix. People all over the valley were dragging their feet, the air was heavy and getting in your car seemed like the worst possible idea.

Still, supportive parents and passionate kids came out to skate, create thank you cards for the veterans and donate personal care products for the US Veterans Initiative.

It was a small but fun event that ended in a game of limbo! There was food from Holi Kid’s Meals, raffles, and of course a whole lot of skating.

With a whole lot of help from the community and from Backpacks 4 Kidz, Skate Rising provided 123 hygiene kits for homeless and transitioning veterans in Phoenix. 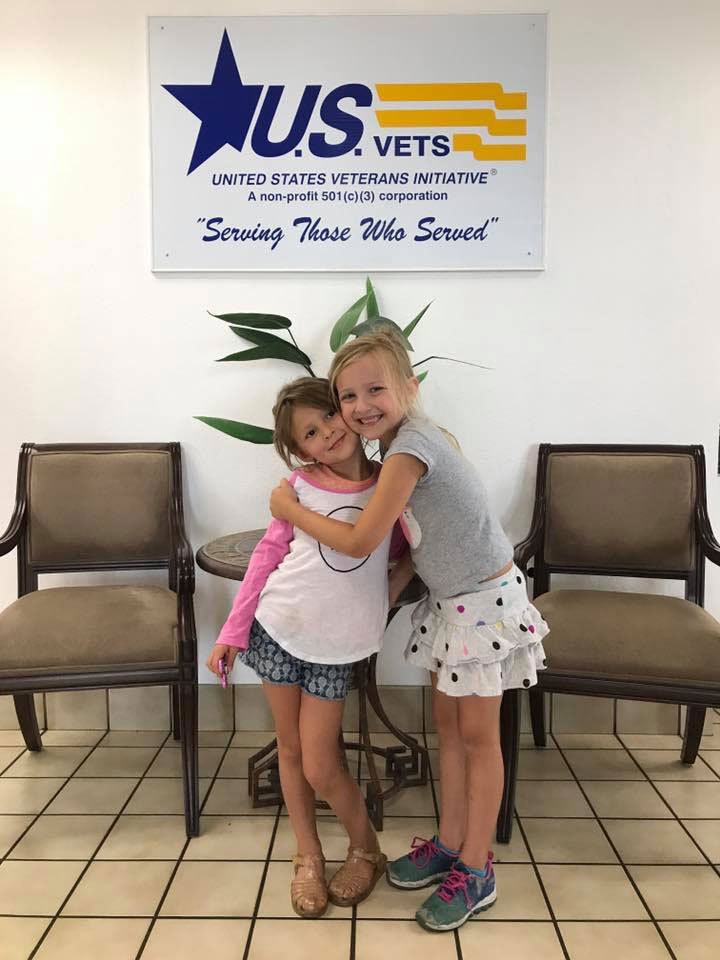 A few days later, two car-loads of hygiene kits and two very eager girls paid a visit to the veterans and took a tour of their facility which was once a hotel but now provides free and affordable housing to homeless veterans. Here they can also find financial advice, job placement services, mental health counseling, and preparation for independent living.

The next Skate Rising event in Phoenix is happening on July 15. My Grey Matterz will be sharing skateboard safety tips and the event will benefit Phoenix Children’s Hospital. For complete event details visit exposureskate.org or follow Skate Rising on Facebook and Instagram. 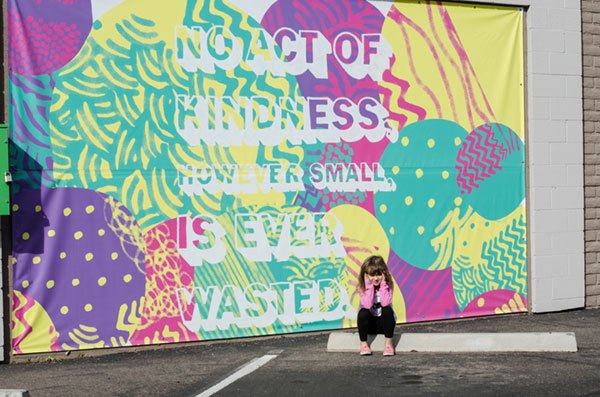 It’s been a crazy KIND month here in Arizona, our pay it forward efforts have been unexpectedly coming back at us tenfold! It’s bananas how the kindness ripple effect works. We’re so appreciative of the heartfelt notes we’ve received, candy, lip gloss, kind text messages and so on.

Rylie has really caught on to the understanding that being kind makes you happy, and makes others happy, and especially makes mama happy. And that’s all we want right, a happier world with kids who grow up to be kind adults?

As an adult I sometimes find it difficult or awkward to extend a compliment or say “hey, thanks for being my friend”, or “that thing you said, it really cheered me up.” Do you? My kiddo is learning early on to do these types of things, and she does them so confidently. I’m kinda jealous of her carefree attitude to be honest. She pushes me to be a better person.

A few weeks ago I found a note in her backpack with an ace of diamonds on it and her skateboard coaches name. When I asked about it she explained that it was an award for a person who sets her up to succeed. My mom heart turns to mush knowing this is something she recognized in him on her own and that she couldn’t wait to give it to him.

GIVING KIDS THE TOOLS TO BE KIND

I’ve found it’s pretty easy to arm kids with the means to be kind. Whether it’s sitting with them and writing small notes to hand to friends or teachers, or putting a few little knick knacks in their backpack to give to someone who might be having a bad day. 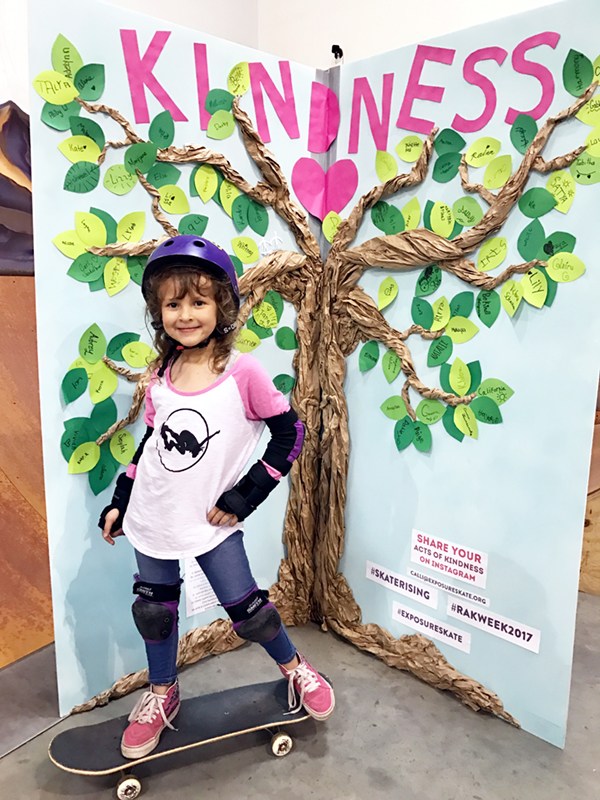 The other day we were preparing for Rylie’s un-birthday (yes, that’s a kindergarten summer birthday kid thing) and realized we had 10 extra smelly erasers left from the goody bags we were building. It baffles me why there are always 30 kids to a class yet it never fails that the jumbo pack of anything only has 18 or 20 items in it. Beside the point though. The point is, she kept five and put five in her backpack  to have on hand when she felt it was the right time to do something kind. The best part of my day has been when she bounces into my car to tell me she paid it forward today and made someone happy.

While I’m not a believer in always having to give materials things to show you care, I think sometimes, particularly for a five year old, it’s an easier concept to grasp and the item is a good reminder to do it. So that’s our method. How do you teach your kiddos to be kind? I’d love to hear!